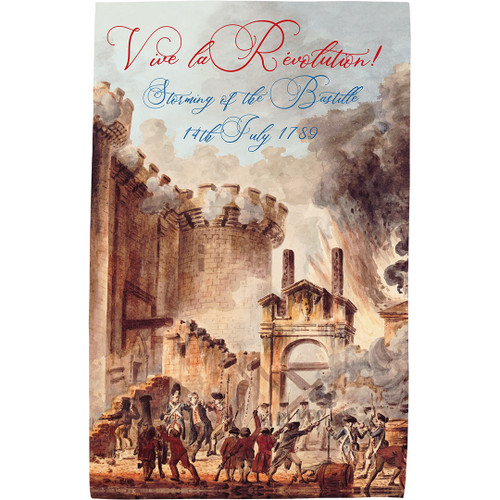 The Storming of the Bastille took place in Paris, France, on the afternoon of 14 July 1789, when revolutionaries stormed and seized control of the medieval armoury, fortress and political prison known as the Bastille. At the time, the Bastille represented royal authority and tyranny in the centre of Paris. The prison contained only seven inmates at the time of its storming, but was seen by the revolutionaries as a symbol of the monarchy's abuse of power; its fall was the flashpoint of the French Revolution which eventually led to the overthrow of the monarchy and the establishment of the First French Republic.

Many of the ideas that came from the French Revolution are now considered fundamental principles of liberal democracy and phrases like "liberté,égalité, fraternité" were taken up by other revolts, such as the 1917 Russian Revolution, and inspired campaigns for the abolition of slavery and universal suffrage. The values and institutions the Revolution created dominate French politics to this day.

Historian François Aulard wrote: "From the social point of view, the Revolution consisted in the suppression of what was called the feudal system, in the emancipation of the individual, in greater division of landed property, the abolition of the privileges of noble birth, the establishment of equality, the simplification of life... The French Revolution differed from other revolutions in being not merely national, for it aimed at benefiting all humanity

This image is based on a watercolour by French artist Jean-Pierre Houël ‘Storming of the Bastille’.