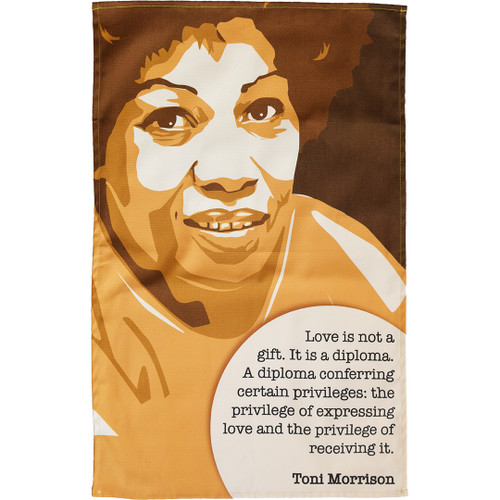 Born in February 1931, Toni Morrison was an American novelist, professor and activist. Having come of age during the years of Jim Crow and racial segregation, Morrison’s work explores the prevalence of racism across the United States. Her first novel, 'The Bluest Eye', published in 1970 when Morrison was 39, tells the story of a young African-American girl who wishes she had blue eyes – a feature which she equates with the superior beauty of whiteness. Seventeen years later, Morrison published her most famous novel, 'Beloved', which focuses on a family of former slaves in the late 19th century.

By the 1990s, Morrison had become one of the most highly-acclaimed living American writers. She won nearly every major literary award there is: the National Book Critics Circle Award in 1977, the Pulitzer Prize in 1988, and the Nobel Prize in Literature in 1993. She was even presented with the Presidential Medal of Freedom by Barack Obama in 2012.

Despite the focus on racism and white supremacy, her work never gave up on the generative power of love and hope to change the world – a legacy that we’re celebrating in this tea towel!