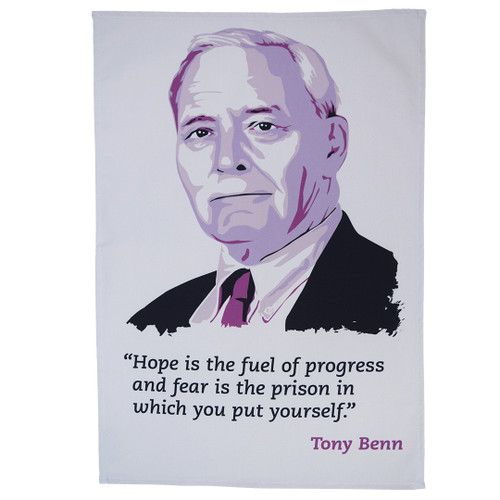 ‘Hope is the fuel of progress and fear is the prison in which you put yourself.’

Dubbed as both ‘the most dangerous man in Britain’ (by the Daily Mail) and a ‘national treasure’, you can imagine that Tony Benn was a pretty radical figure. When, at the age of 26, the Labour politician was elected as an MP for Bristol South East in 1951, he became the youngest member of parliament. From then on, he grew to become a pivotal figure in British left-wing politics championing the causes of socialism within the British Labour party. During the 1980s, he stood as one of the great opponents of Margaret Thatcher and the Conservative party. He was also one of the few MPs to oppose the direct military invasion of the Falkland Islands, as well as being an open critic of the Iraq War. In 2001, he announced he was leaving Parliament so, he quipped, he could spend more time on politics.