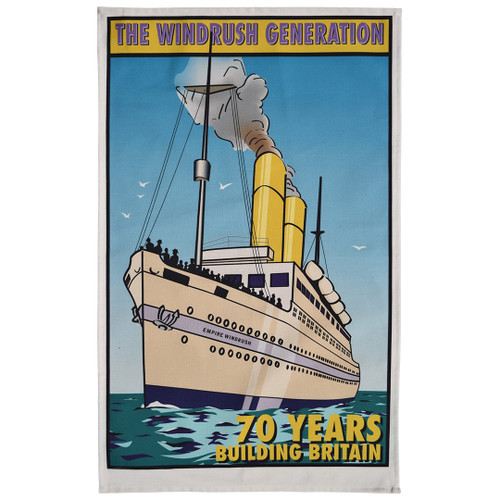 After the Second World War ended, Britain had desperately needed workers to rebuild the country, and it enlisted the help of its colonies to do so, passing the Nationality Act, which gave Commonwealth citizens the right to settle in Britain.

So, on a Tuesday, 22nd June 1948, a former German cruise ship, the Empire Windrush, steamed up the Thames to the Tilbury Dock, London, where she disembarked some 500 hopeful settlers from Kingston, Jamaica... it was the beginning of a new, multicultural Britain.

Or, such was the dream. More recently we've all been hearing the shocking stories in the news about our government's dreadful treatment of the ‘Windrush Generation’, those British citizens who were invited to the UK from the Caribbean to make a new life for themselves and a new post-war Britain. Linked by commentators to the Home Office hostile environment policy instituted by British Prime Minister Teresa May during her time as Home Secretary, the scandal led to the resignation in 2018 of Amber Rudd as Home Secretary. This tea towel is in part protest for this generation’s unfair treatment, and in part celebration of their value in our shared community.