It's November 15th, so we just wanted to say 'happy birthday' to this Welshman named Aneurin Bevan.

'Nye', as he was often known, was a big-time socialist back in the middle of the last century. But he didn't have an easy start in life.

His father was a coal miner and his mother was a seamstress, so no silver spoon like his contemporary Winston Churchill. Nye had to repeat a year at school, had a persistent stammer, and was sacked by his colliery for his trade union activities.

But he didn't let any of that get the better of him. 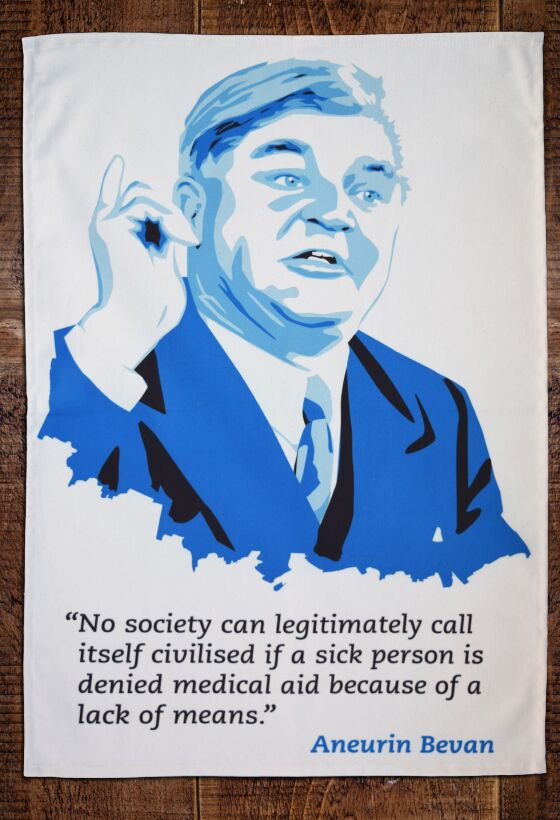 Nye's mining trade union sponsored him to study politics, history and economics in London. He threw himself into the union movement and became one of the leaders of the 1926 General Strike. He joined the growing UK Labour Party and became the MP for Ebbw Vale.

And he overcame that stammer to become one of the great orators of the 20th century.

Nye had a deep hatred of the Tories. But he supported Churchill in the war against Hitler's fascism, and then saw an opportunity to establish socialism in Britain as Labour came to power in 1945.

Nowadays we all complain about having a lot of work on our plates. But imagine this: Nye's role in the post-war Attlee government was to deal with the massive housing shortage caused by the war AND set up the new National Health Service.

The rest, as they say, is history.

Nye never stopped believing in the NHS he created, nor in the principle of it being an entirely free service. In 1951, he resigned from the government in protest at prescription charges being introduced to pay for the Korean War.

So today, when he would have turned 120 years old, we're wishing another happy birthday to this man of action and principle.