After months of shoehorning dubiously relevant Karl Marx references into every email I can, I get to write you one about the man himself – today is his 200th Birthday, after all! 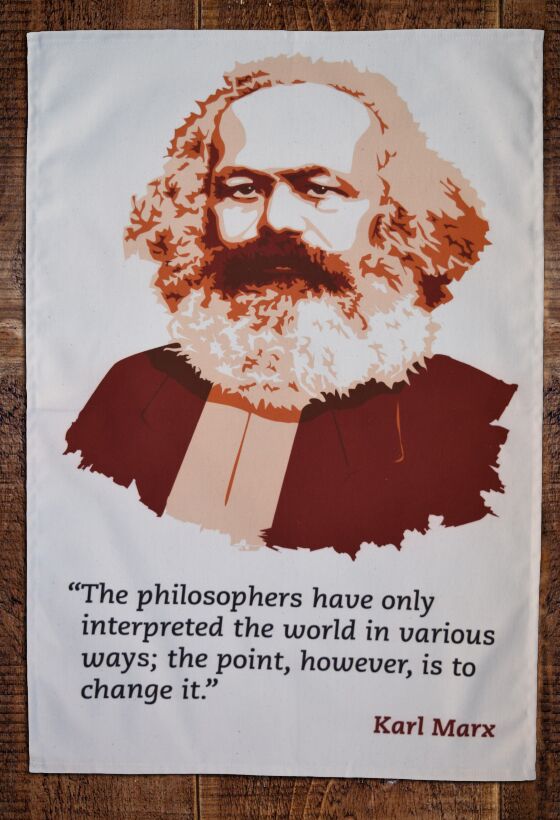 
The man behind the name

After decades of people calling him 'the man who shaped the twentieth century', we all know the name.

Superpowers have defined themselves by his thought, generations of thinkers have pledged him their loyalty, and revolutions have been fought - from Cuba to China - in his name.

Marx, in short, is kind of a big deal.

But behind all this celebrity was a real person.

True, he led the life of a dissident revolutionary. For decades, he was chased around Europe by distrustful governments - German, French, Belgian - all the while writing the inflammatory critique which made them distrust him.

Amid all this excitement, though, Karl Marx also had the joys and trials of an ordinary life. He happily played, for example, the role of family man. With his wife and comrade, Jenny von Westphalen, he had seven children. (One grew up to be the formidable socialist, Eleanor Marx.)

Blog post: who was Eleanor Marx? Only the most influential woman in 19th century British politics

Personally, I identify most with Karl when he was my age – the layabout university student can see much of himself in the young Marx.

In 1835, at 17 years old, he left his hometown of Trier (in West Germany) to study law at the University of Bonn.

Marx's time at Bonn could be called 'brief but boisterous'...

He was co-president of the 'Trier Tavern Club': "a society of about thirty university students from his home town whose main ambition was to get drunk as frequently and riotously as possible."

Don't worry, this was no exclusive drinking society for social elites like Boris and Cameron's Bullingdon Club. The Trier Tavern Club was somewhere that middle-class Bonn students from the Rhineland could get together and think about home over a drink or three... or four.

In fact, the Trier kids sometimes got into fights with the Prussian aristocrats who swaggered about town, often cornering students and demanding they kneel and swear allegiance to the crown. Karl made sure to carry a pistol around with him to ward off these conservative wasters.

After just one wild year at Bonn, Marx transferred to the calmer atmosphere of the University of Berlin. His ' Certificate of Release' noted, in addition to his excellent academic performance, his aptitude for "disturbing the peace by rowdiness and drunkenness at night".

Marx's drunkenness might have died down in Berlin but the disturbing of the peace went on unabated.

This time, though, it wasn't with pistols – it was with ideas.


Turning his head to radical philosophy

He quickly gravitated towards the 'Doctors' Club' – a group of young radicals under the influence of Friedrich Hegel's critical method.

They had no time for the conservatism – religious, moral, political – which ran through contemporary Prussia. Polemics by members of the Club were aimed at the very foundations of the Prussian Establishment.

Beginning to feel a calling to philosophy, Marx told his dad, Heinrich, that he was abandoning his legal studies to pursue a PhD with the dissertation 'The Difference Between the Democritean and Epicurean Philosophy'. To say Heinrich was displeased would be an understatement... Karl's old man had poured his money and hopes into making a respectable German lawyer of his son – so he didn't receive news of Karl's conversion to a less 'solid' path in academia very well:

"God’s grief!!! Disorderliness, musty excursions into all departments of knowledge, musty brooding under a gloomy oil-lamp, running wild in a scholar’s dressing gown and with unkempt hair." - Heinrich Marx

Did Karl take note of his Dad's objections? Not a chance.

In 1841, he'd secured his Doctorate. Seven years later he had written the Communist Manifesto; forty years after that, Das Kapital was published; and now, two-hundred years on, Karl Marx is possibly the most famous thinker of all time.

But at the beginning, before all this fame, was a young man not unlike most students nowadays – he enjoyed a night out, worried his parents, and had 'unkempt hair' (something he and I definitely share).

The message? People who change the world are still people – like you and me.

Maybe it's worth taking a shot at it yourself.