History counts Simón Bolívar - born today in 1783 - as one of its great winners.

Bolívar - 'South America's George Washington' - did win countless battles in his long wars of liberation against the Spanish Crown in South America.

He was born into a well-to-do military family in what became Venezuela. But Bolívar's education was full of Enlightenment thinkers like Montesquieu, Rousseau and Voltaire, preaching liberty and the rights of man.

Under their guidance, Bolivar turned from aristocrat to revolutionary - almost like a nineteenth-century Tony Benn. 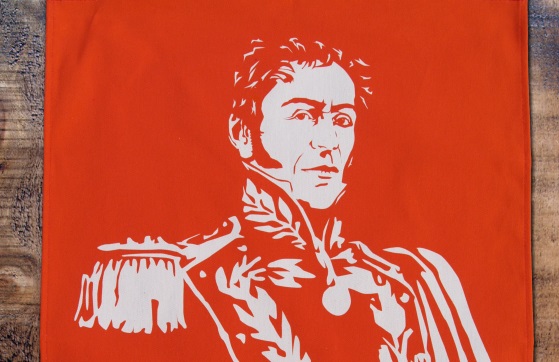 From 1810 to 1824, the military forces led by Bolívar won independence from Spain's colonial empire for what would become no fewer than six countries: Venezuela, Colombia, Ecuador, Panama, Peru and Bolivia (which was even named after him).

But when he died of tuberculosis in 1830, Bolívar didn't feel full victory.

Yes, Spanish power had been expelled from South America, but independence was not proving to be all sunshine and rainbows.

Far from Bolívar's dream of a politically-unified Hispanic America capable of holding its own against Europe's avarice, the young states were drowning in separatism and civil war.

Self-seeking men split Peru from Bolivia, while in Bolívar's homeland, the short-lived 'Republic of Gran Colombia' splintered into Venezuela, Ecuador, and Colombia.

Simón Bolívar, then, left this world ruing the rise of 'caudillos' - strong men carving out their own little states to leech off. This seemed a far cry from the Enlightenment notions of representative government and collective good which had inspired Bolívar's continent to revolt.


Bolivar laid the foundations of freedom

To the extent that his vision of a progressive, Hispanic American Republic was in tatters, Bolívar - 'El Libertador' - died feeling quite the loser.

And as a revolutionary, he's not alone in having such bitter last thoughts.

Martin Luther King died having achieved important civil rights legislation in the fields of voting and desegregation but with barely any progress in his campaign for socio-economic equality.

Gandhi was assassinated following the realisation of Indian independence, but an independence in which the sub-continent was divided on religious lines, in spite of his bitter protests.

But this isn't cause for too much regret because no struggle worthy of the name has ever been a one-generation job.


A revolutionary legacy in South America

So, just as new decades of African-American activists took up the fight for socio-economic justice from MLK and Malcolm X, others continued Bolívar's quest for a South America free of petty divisions.

Che Guevara, Salvador Allende, Simone de Beauvoir - these are just some of the internationalists to have joined the struggle for a South America united and free, in its politics and economy.

Bolívar, then, might not have won - but he definitely didn't lose.

Defying an Empire, this philosopher-soldier took South America many miles further down the road to a better world.

And, even if we're not at the end of that road yet, you can't really ask for more from one person than that.