Around this time of year back in 1871, Parisians were getting ready to vote.

They were voting in a ne w, revolutionary body: the Paris Commune.

You're going to need some background.

In Autumn 1870, Kaiser Wilhelm I’s Prussia (soon to be 'Germany') had invaded Emperor Napoleon III’s France. After a heavy defeat at Sedan, the French monarch surrendered on 3 rd September.

Hearing about this capitulation, Republican (some radical, most very moderate) deputies of the French National Assembly gathered at the Hotel de Ville in Paris, renounced Napoleon’s authority along with his surrender to the invaders, and proclaimed a French Republic (NB: this was NOT the Paris Commune - that was still to come).

Faced with this insolence, the Prussians resumed their advance to Paris, arriving on 20 th September, and laid siege to the city.

The new French government continued to fight until February 1871 when, feeling the Germans were unbeatable, an armistice was signed at the Palace of Versailles.

But the Parisian people were having none of it.


The workers fight back

The city was far more left-wing than the rest of France. It despised the royalist Prussians and the conservative French government - now based at Versailles - which had supported the surrender.

The leftist National Guard - a mostly working-class militia which had been formed to defend the city from the Prussians - refused to give up its weapons to the Versailles Army when it tried to disarm them.

By 18th March 1871, the National Guardsmen had taken control of the city and established a new government – the Paris Commune.

Independent of the conservative Versailles administration, the Commune would launch a radical programme of self-government for Paris, including the abolition of the death penalty, the separation of church and state, and the cancellation of interest on debts.

Its Central Committee met for the first time on 19th March at the Hotel de Ville, with the Red Flag of socialism - not the French tricolour - waving above the building and 20,000 National Guardsmen partying outside.


Louise Michel's battle against the invaders

It was against this jubilant scene that the people of Paris were getting ready to vote for a Commune assembly exactly 147 years ago.

One of them was the French Anarchist and Feminist, LouiseMichel.

She had been working in Paris as a teacher for four years when the war with Prussia broke out.

Michel had served as a medical orderly during the Prussian siege, but she joined the National Guard as a foot-soldier once the Commune had been declared.

The Commune needed soldiers because the conservative government at Versailles wasn’t going to just sit back and let it live - its army had begun to advance on Paris at the end of March 1871.

Fearful of the ideological challenge posed by the Leftist Commune to French capitalism, the Versailles government encouraged its troops to treat the rebels with brutality. Thousands of 'Communard' soldiers – men and women - were murdered when taken prisoner.

Against this savagery, it was a brave decision to take up arms in defence of the Commune, but Louise Michel was undeterred.

When the Army entered Paris on 21st May, she was serving in a battalion of about 30 women at the Communard strongpoint of Montmartre in the north of the city.

On 23rd May, the Versailles troops stormed Michel’s position. She was thrown in a trench by the enemy and left for dead.

But a few hours later she was taken prisoner - very much still alive.

Michel luckily wasn’t shot straight away like most Communards. Instead, she was imprisoned until December 1871 - long after the Commune had been put down at the end of May - when she faced a trial for treason before a military court.

Amid the death penalties being handed down to other prominent revolutionaries like the Commune’s chief prosecutor and Michel’s close friend, Théophile Ferré, she dared the judges to execute her:

"Since it seems that every heart that beats for freedom has no right to anything but a little slug of lead, I demand my share."

Her demand was not met.

Scared to execute such a popular and high-profile woman, the court instead deported her to the penal colony of New Caledonia in the faraway Pacific Ocean.

Louise Michel had survived, unlike so many others.

10,000 Communards had died fighting for the dream of a socially and politically emancipated Paris. 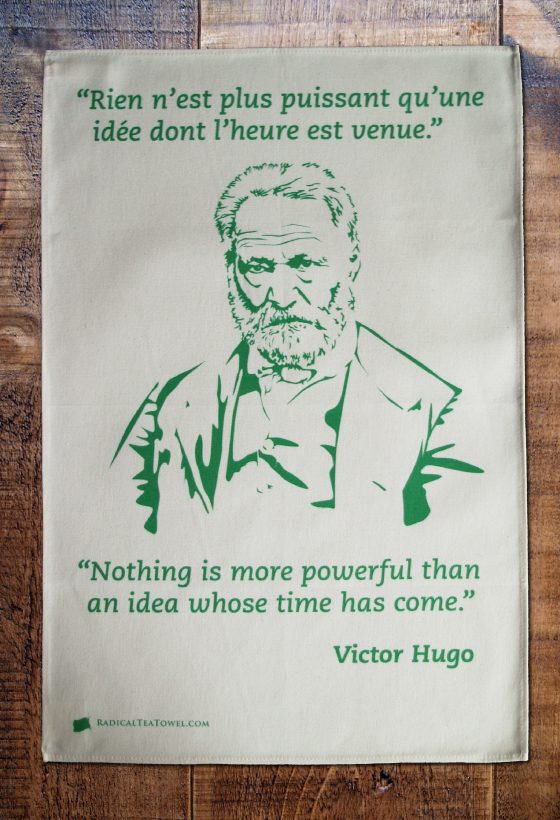 The legacy of the Paris Commune

Contemporary French artists like Gustave Courbet and Victor Hugo denounced against the Army’s brutality which had left Paris littered with the bodies of its working class.

A young Vladimir Lenin reflected bitterly on the lessons of the battle for Paris: "the bourgeoisie will stop at nothing."

But others saw light in all this darkness - Karl Marx saw in the Commune’s short-lived social order the practical model for a socialist society. He wrote in late-1871:

"Working men’s Paris, with its Commune, will be forever celebrated as the glorious harbinger of a new society. Its martyrs are enshrined in the great heart of the working class."

And he wasn’t wrong either. Radical, left-wing projects have looked back to the Commune ever since.

An older, victorious Lenin observed in 1917 that "we are only dwarves perched on the shoulders of those giants."  His Mausoleum in Moscow is still decorated with Red Banners from the Commune which had been brought to the USSR by French communists in 1924.

In 1964, Voskhod I – the Soviets' sixth manned space flight – even took a piece of a Communard banner out beyond Earth’s atmosphere!


The Red Virgin of Montmartre

As for Louise Michel, though she was convicted and deported, she continued to inspire revolutionaries until her death in 1905.

By now know to her fans as the 'Red Virgin of Montmartre' - and to her conservative critics as the 'Red She-Wolf' (I doubt she’d have taken the second as any less of a compliment than the first) - she was allowed to return to Europe as part of a general amnesty in 1880.

She spent the rest of her days between France and Britain, advocating for social and feminist revolution.

In London, she would often stay at a small house in Russell Square belonging to a Mancunian family - the Pankhursts.

Their young daughter, Sylvia, would take the example of Louise Michel with her throughout her political life – one example among many of the women Communards who, according to one observer who’d been in Paris in the heady days of 1871, "behaved like tigresses, distinguishing themselves by the fury with which they fought."

Although it was crushed, the Paris Commune has inspired generations of revolutionaries ever since.