Earlier this week was International Women's Day, and today we are celebrating one woman who galvanised the fight for women's suffrage across the world...

"All that separates, whether of race, creed, or sex, is inhuman, and must be overcome." - Kate Sheppard

The stories of the suffrage movements of the 19th and 20th centuries are often told in national terms. But, if taken too far, this way of looking at things risks missing the fierce internationalism of women activists, then and now.

Ida B. Wells toured Britain in 1893 and 1894, raising support for her campaign against lynching in the United States, and Sylvia Pankhurst was a passionate advocate for Ethiopia against Mussolini’s Fascist invasion.

Moreover, the women’s suffrage movements, in which both Wells and Pankhurst were leading protagonists, also criss-crossed national borders in their vision and organisation. 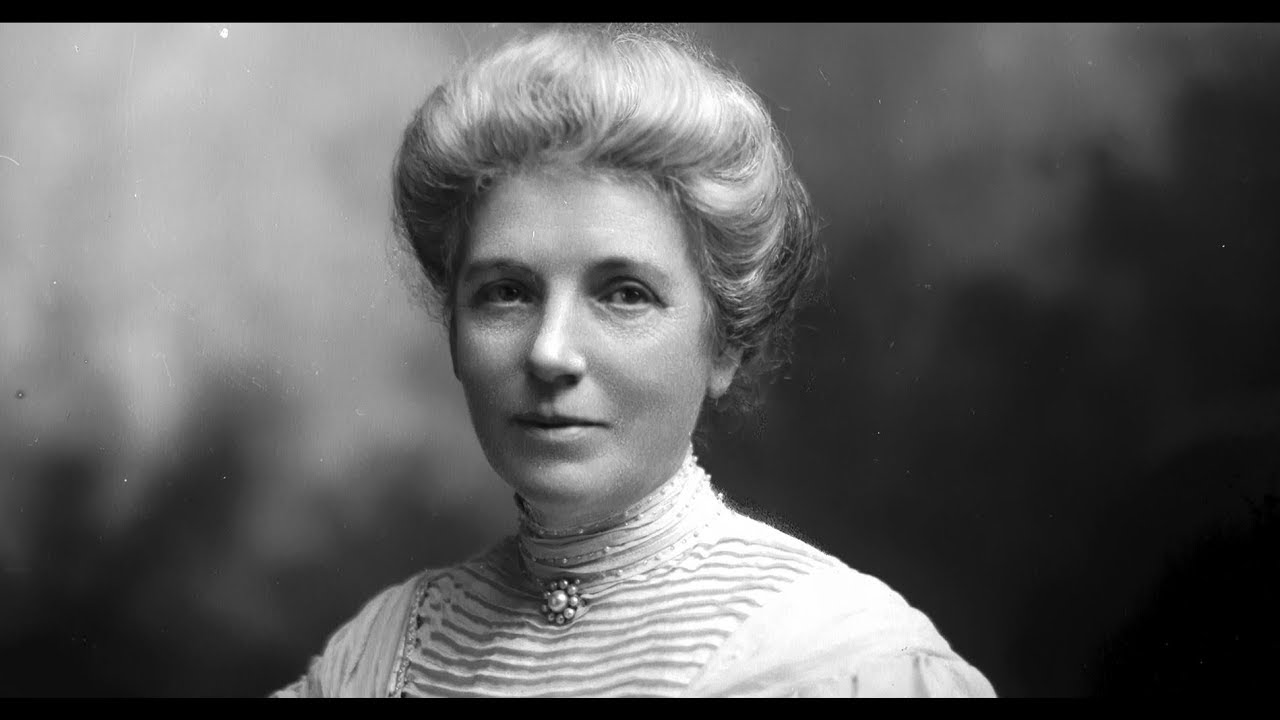 Kate Sheppard devoted her life to fighting for women's suffrage across the world.

Born in Liverpool, England, to Scottish parents, she moved to New Zealand (via Dublin) in 1868, where she led the victorious struggle for universal suffrage at the end of the 19th century.

When Kate arrived in Christchurch, she was already politically and socially active as a Christian and a socialist, but it was another international spark which set her on the path to suffrage activism.

Born in New Hampshire, USA, Leavitt was a leader in the Woman’s Christian Temperance Union (WCTU) and the US women's suffrage movement.

The Temperance cause was a gateway to suffrage activism for many women. It focused on problems like domestic violence which, it was hoped, votes for women could resolve. 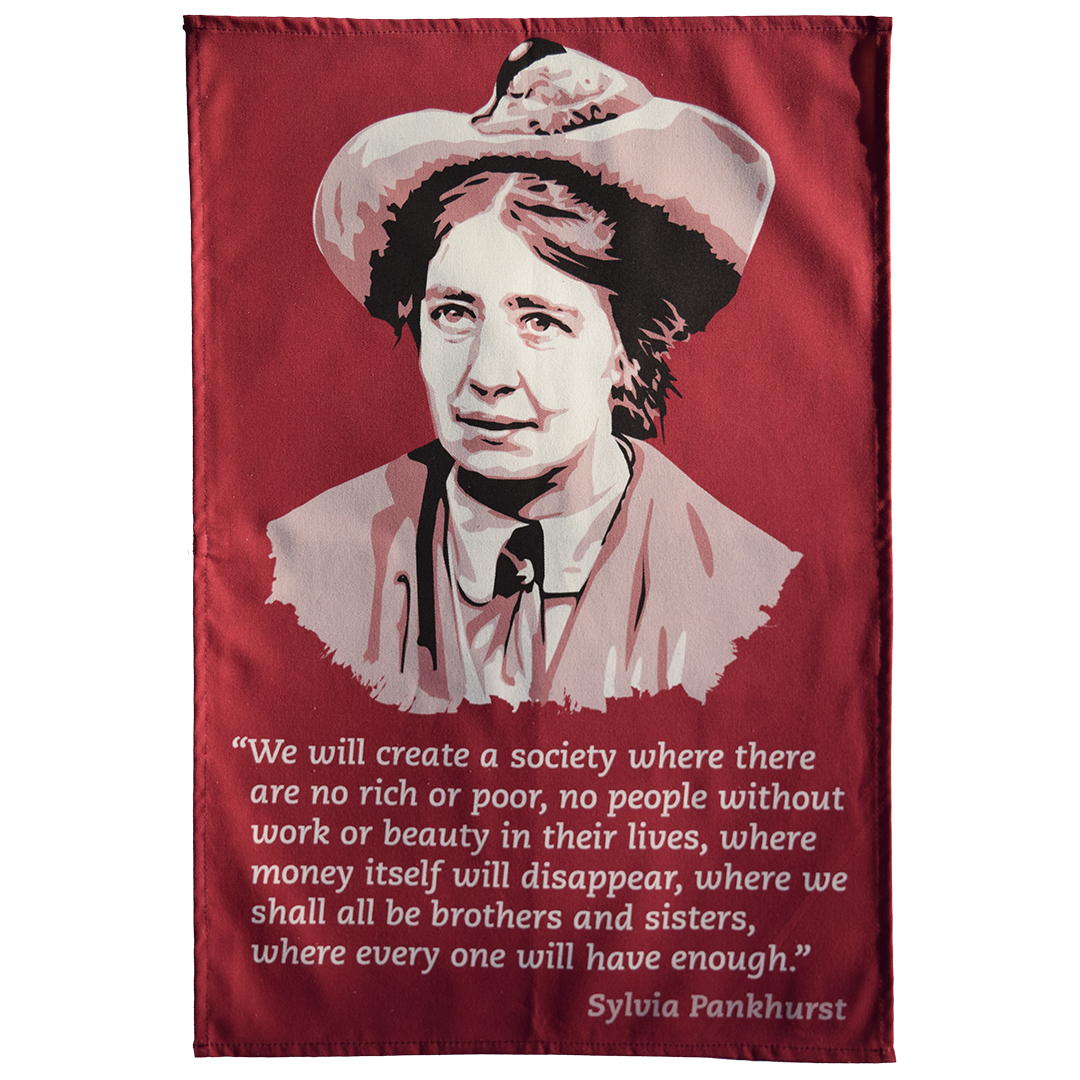 Sylvia Pankhurst, a leading protagonist of the women's suffrage movement, was also an anti-war campaigner who advocated for Ethiopian independence.

New Zealand was generally ahead of the curve on suffrage issues in the anglophone world. As of 1879, it had universal adult male suffrage – 39 years ahead of Britain.

But women’s voting was still severely limited: only a handful of female property owners could vote, and only in a small number of local elections.

Kate Sheppard recognised the need to abolish sex-based voting distinctions altogether and committed herself to doing it.

She began by moving the WCTU in New Zealand towards a pro-suffrage stance, getting the 1888 national convention to adopt votes for women as an objective.

The new movement then set to work pressuring sympathetic parliamentarians like Julius Vogel and John Hall to propose the necessary legislation.

From 1888 to 1893, Sheppard and her allies met with several narrow defeats to their suffrage legislation.

But outside the gilded corridors of the national legislature, Sheppard mobilised mass grassroots pressure for the vote. 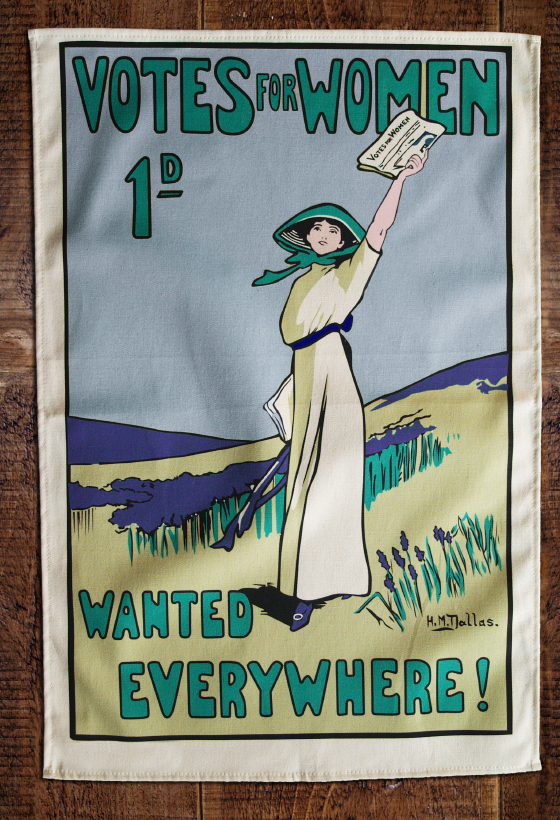 It wasn't until 1918 that the first women in the UK won the right to vote. This poster from 1909 advertises Votes for Women, the official Suffragette newspaper.

Click to view our Votes for Women tea towel

She wrote and published pamphlets such as, Ten Reasons Why the Women of New Zealand Should Vote, including:

“Because a democratic government like that of New Zealand already admits the great principle that every adult person… has an inherent right to a voice in the construction of laws which all must obey."

She also organised huge petitions, one of which in 1893 gathered an astonishing 31,872 signatures – the largest ever submitted to the New Zealand Parliament.

And it paid off. At last, on 19 th September 1893, a new Electoral Bill was passed, granting women the right to vote in New Zealand on equal terms to men.

The victory was not total, by any means. Women remained without the right to stand for election to Parliament, and Kate Sheppard continued fighting for that until it passed in 1919.

In winning equal franchise for women, the suffrage movement in New Zealand became an immediate source of inspiration for the rest of the world.

While continuing to campaign for issues like equal pay and economic independence, Sheppard advised and supported suffrage campaigners still fighting for the vote elsewhere.

She wrote the essay, Women Suffrage in New Zealand for the International Women’s Suffrage Alliance in 1907, and in 1916, she pushed the Prime Minister of New Zealand to show his support for women’s suffrage in Britain.

Click here to read more radical stories on our blog