It was 99 years ago today that Rosa Luxemburg died in Berlin.

The first was a secular Jewish-Polish revolutionary Marxist from the 1910s, the second was an African-American Baptist cleric from the 1960s. And yet, despite these strikingly different contexts, they are connected.

The connection is about death.

Rosa Luxemburg didn't die on 11th January 1919 from natural causes. Along with a fellow Marxist called Karl Liebknecht, she was murdered.

Both members of the newly-formed German Communist Party, they became leaders of the 1919 'Spartacist Uprising' in Berlin. Inspired by the victories of the Russian Revolution, thousands of workers had somewhat spontaneously struck out for a new, socialist Germany.

Prioritising 'order' above left-wing fraternity, the social democratic President, Friedrich Ebert, allied his government with the paramilitary, proto-fascist 'Freikorps'. He ordered this unit to suppress the 'Spartacists' with lethal force.

This suppression included the arrest, torture, and cold-blooded murder of our Rosa. Her body was thrown into the Landwehr Canal in central Berlin.

He was shot and killed on his hotel balcony by James Earl Ray, a white supremacist, on the evening of April 4th.

The men who took their lives did it because of what Rosa and Martin represented. What they believed in. 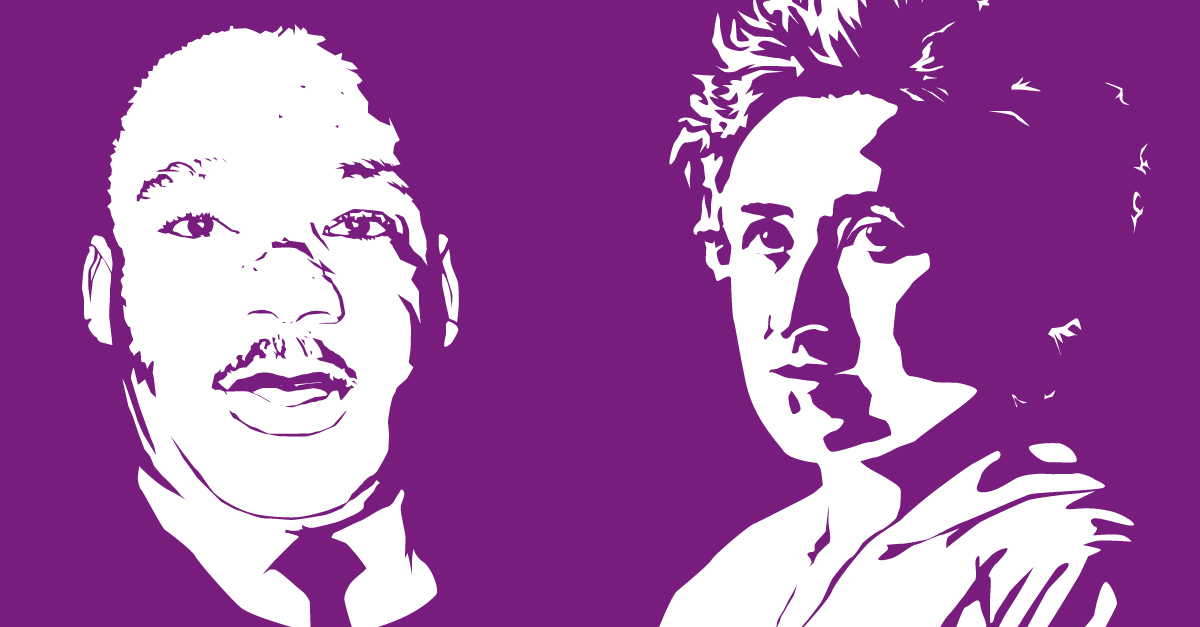 Rosa Luxemburg stood for a new Europe. One without hierarchies of class, race, or gender.

The Freikorps brutes who shot her did so because they couldn't let go of the world of Kaisers and conservatism which had told them that they – white, German, men – were the masters of humanity.

Similarly, James Earl Ray murdered Martin Luther King because of the fact that King's demand for basic, racial equality across the United States was a mortal threat to the quasi-apartheid regime in the American South which let whites live at the expense of blacks.

Luxemburg and King: a legacy in justice

Grim stories, but there is light in them. The deaths of Luxemburg and King each did two things for the world.

Firstly, they revealed the brutality of the structures against which the two had struggled.

Their deaths shone a light on the violence of German militarism and American racism. This violence had remained passive and invisible until challenged by protest and resistance.

The murders of Luxemburg and King meant that never again could the oppressive character of either of these societies be denied by the forces of conservatism.

And secondly, the personal courage which their deaths demonstrated – the courage it takes to go on fighting a public struggle for justice when you know it is putting your life at risk – inspired millions.

Leftists from across the world still gather annually at Red Rosa's grave to pay their respects.

And the United States government, under pressure from the civil rights movement, designated MLK's birthday – today – as a federal holiday.

The exposure of social injustice and the inspiration to fight it – these are the ingredients for victory that Luxemburg and King gave us with their sacrifice.

As that Atlanta clergyman put it in the last speech of his life:

"God has allowed me to go up to the mountain. And I’ve looked over. And I’ve seen the promised land. I may not get there with you. But I want you to know tonight, that we, as a people, will." - Martin Luther King