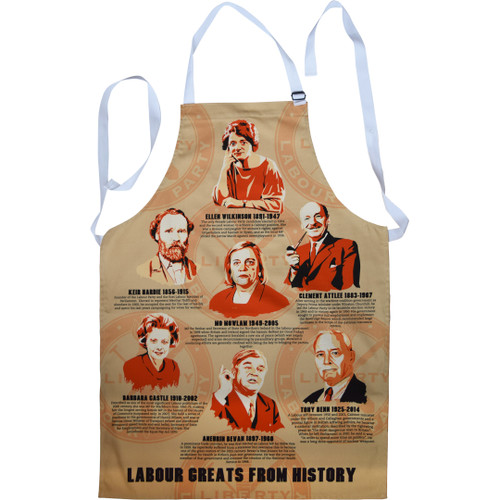 Tony Benn - Labour MP between 1950 and 2001 and once dubbed by the Daily Mail as 'the most dangerous man in Britain".

Ellen Wilkinson - who led the Jarrow marchers on their march to London in 1936,

Clement Attlee -  UK Prime Minister from 1945 to 1951who brought in the NHS and the Welfare State.

Barbara Castle - the longest-serving female MP in the history of the House of Commons until that record was broken in 2007.

Mo Mowlam - MP (1987 to 2001) and as Secretary of State for Northern Ireland, she "oversaw the negotiations which led to the 1998 Good Friday Agreement.

Four of these firebrand politicians also appear in our Labour Grandees magnet collection and have their own tea towels!