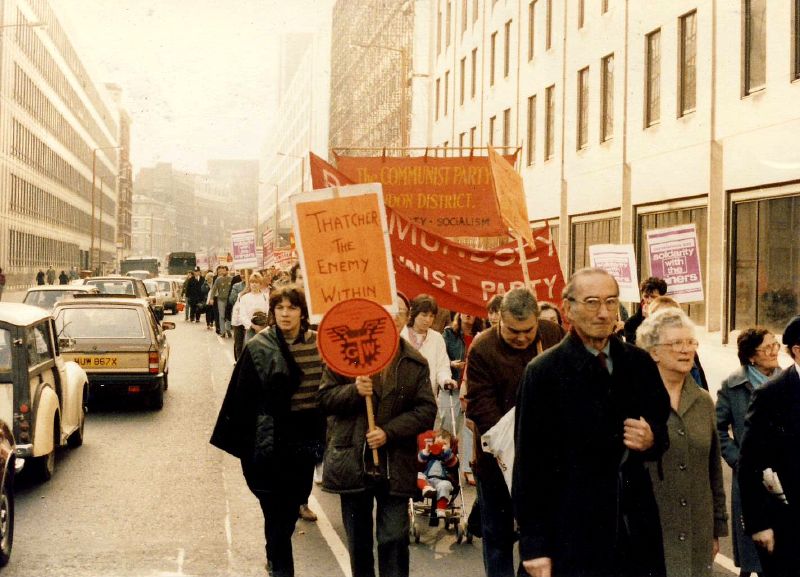 A Miners' Strike Rally in London in 1984 (Image by nicksarebi)

“We had to fight the enemy without in the Falklands. We always have to be aware of the enemy within, which is much more difficult to fight and more dangerous to liberty.”

That’s how Margaret Thatcher and her government saw the organised working class in 1980s Britain.

It was an enemy not because it invaded territory, but because it threatened the power and wealth of the rich, and the rich were who Margaret Thatcher lived to serve. 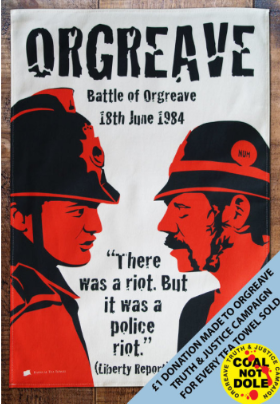 The Battle of Orgreave - a clash between police and striking miners on 18th June 1984 - was one of the most violent clashes in British industrial history.


If the working class was the enemy, then the National Union of Mineworkers (NUM) was its strongest battalion.

Ever since the General Strike of 1926, the NUM had been the most organised and militant section of the labour movement in Britain.

Down under the earth, in the pits, with a clear separation between boss and worker, miners lived class division stripped of all its illusions.

Their union was powerful, and they enjoyed widespread sympathy from the general public.

Discontent was growing among the miners over pit closures during the 1980s, and a showdown with the government was clearly imminent. 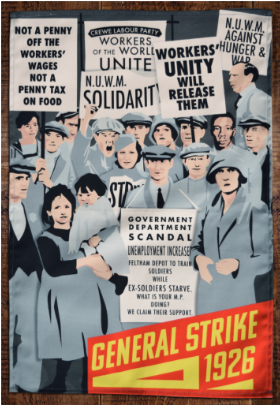 The first country-wide strike in British history, the 1926 General Strike was called by the TUC in view of worsening conditions in the mining industry.


But Thatcher, like a good generalissimo, recognised the power of her enemy and made sure her government was well-prepared to fight the battle.

After her 1983 re-election on the back of the Falklands War, she brought in Ian MacGregor to run the National Coal Board.

An industrial tyrant, MacGregor had cut the number of British steel jobs in half while head of the British Steel Corporation. He was the perfect bully for Thatcher to throw at the miners.

The government also stockpiled months of coal, to make sure they could outlast the NUM if needs be.

A miners’ strike had brought down the previous Tory government of Ted Heath, and Thatcher was determined to avoid his fate.

The battle proper began on this day in 1984 when, after the Coal Board announced the closure of 20 collieries (i.e. 20,000 jobs), Yorkshire miners walked out.

A week later, on 12 th March 1984, Arthur Scargill – the leader of the NUM – declared Union support for the Yorkshiremen, effectively making the strike national.

The last great Miners’ Strike in British history had begun. 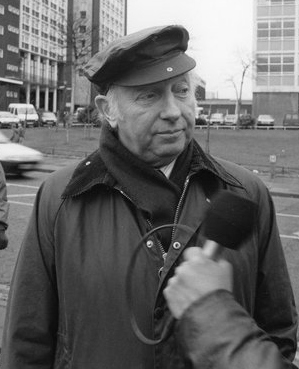 What followed was not just like a war – in many ways, this was the real thing.

Thatcher’s government used the police like an occupying army in mining areas, most infamously at the Orgreave police riot of 18th June 1984.

NUM leaders’ phones were tapped by MI5, and the right-wing press demonised the strike on a daily basis.

Against this authoritarian onslaught, the miners fought courageously.

Nor were they left to fight alone.

Solidarity poured in from all corners. While the Labour Party leader, Neil Kinnock, was quite tepid in his support, Tony Benn and the Labour Left were all behind the miners.

Other unions – the dockers, the railway workers – stood in solidarity with the NUM. Lesbians and Gays Support the Miners (LGSM) was formed in London, and ordinary workers across the country donated part of their wages to the strikers.

All these people recognised that Thatcher’s attack on the NUM wasn’t just an attack on one union, it was an attack on workers in general. They knew what Thatcher wanted - to do away with organised labour and to create an unobstructed free market.

This made the miners’ defeat in March 1985 all the more crushing.

Having endured police brutality, hunger, and stigmatisation by the millionaire press, the miners eventually had to give in.

The defeat of the NUM paved the way for the total conquest of Britain by Thatcherism. Many of the problems we continue to endure were created during those grim years.

But you can’t hold the people down for long.

So, when Britain finally does away with Thatcherism, there’s no doubt it will do so with the memory of the Miners’ Strike for inspiration.

The people will win in the end.