On this day in 1919, 25,000 workers gathered in George Square, Glasgow to protest against the unemployment crisis. It was to become another example of state violence against the working class.

The Great War was over, but the Battle of George Square was about to begin.

This struggle wasn’t over land or fought between empires – it was over the right to a decent job for the Glaswegian working class.

In January 1919, just a couple of months after the end of the First World War, the demobilisation of Britain’s war economy was already starting to bite in the shipyards and factories of Glasgow. 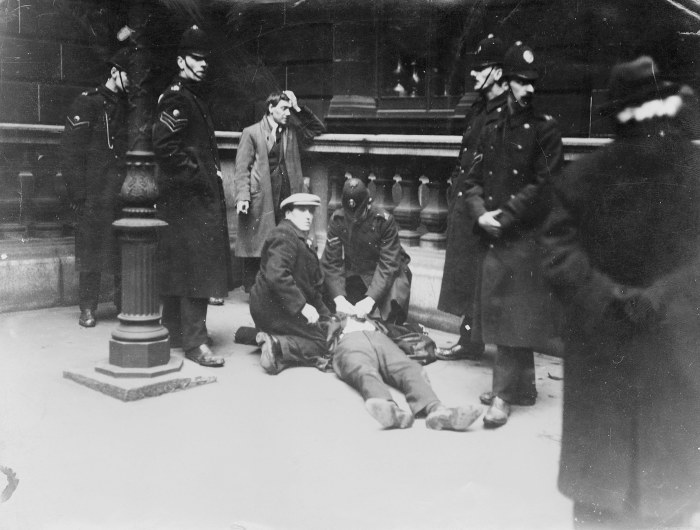 At the Battle of George Square, 1919 (Picture: Wikimedia Commons)

An unemployment crisis loomed, so the Scottish TUC and the Clyde Workers’ Committee (CWC) demanded the reduction of the working week from 47 to 40 hours, to create space for more jobs.

Sympathy strikes were soon announced across the mines and power stations of rural Lanarkshire. Using their army training, recently returned veterans had been zipping about the countryside calling their comrades out.

This quickly became the largest strike in Scotland since the great Radical War of 1820.

David Lloyd-George’s government in London was getting twitchy. Habitually frosty towards organised labour at the best of times, the Liberals and Tories in his Cabinet were especially alarmist in the context of the Russian Revolution.

All across Europe – Hungary, Germany, Austria, Italy – workers inspired by the overthrow of the Tsar were taking to the streets, many dreaming of their own revolutions. 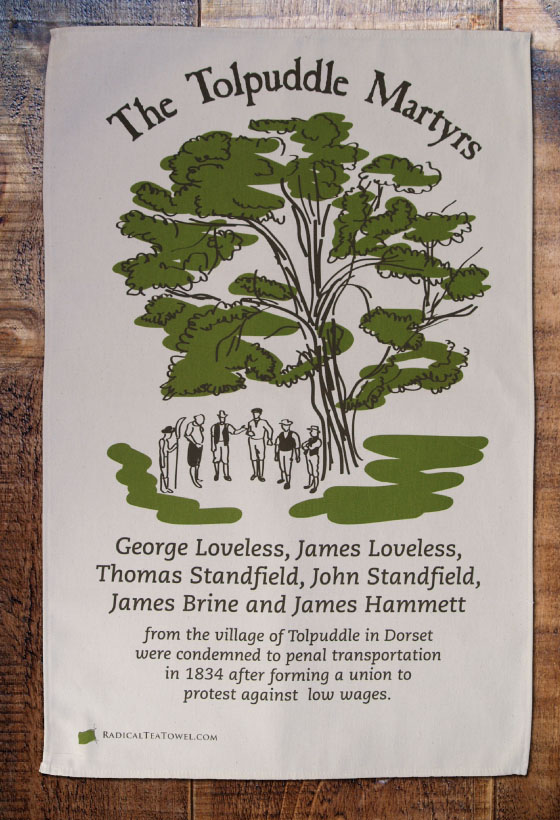 Like the deportation of the Tolpuddle Martyrs in 1834, the army sent in to Glasgow in January 1919 was just another example of state violence against the working class in Britain.
Click to view our Tolpuddle Martyrs tea towel

Fearing this was Britain’s turn, the Cabinet made the army available to the authorities in Glasgow for dealing with the strike during a meeting that none other than Winston Churchill attended, showing his support.

Then, on this day in 1919, up to 25,000 striking workers gathered in George Square in the middle of the city, outside the town hall.

They had been promised a response to their demands from the Prime Minister a few days earlier. Instead, they got violence.

While a deputation from the strike was meeting the Lord Provost inside, on the outside, masses of police baton-charged the workers.

Many of the police and workers present were war veterans, so there was combat experience on both sides. Things quickly descended into a series of running street battles across Glasgow.

The Sheriff of Lanarkshire, aping his medieval predecessor in Nottingham, called in the army against the workers of Glasgow. 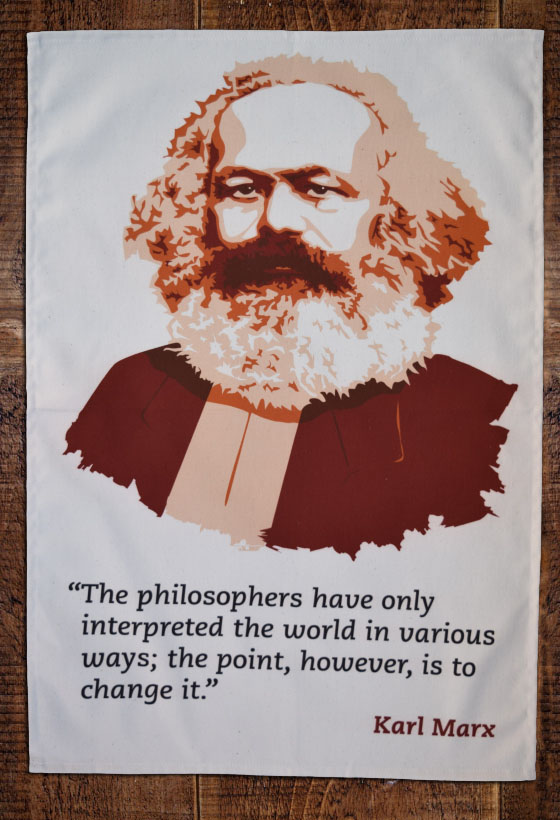 It was made sure that the soldiers weren’t from Glasgow itself, fearing local troops might mutiny and side with the strikers.

By the 3rd February, six battle tanks had entered Glasgow, and George Square had been fortified with army machine gunners.

One journalist commented: "The city chambers is like an armed camp."

By the time the army arrived in Glasgow, the actual fighting between the strikers and the police had stopped. The strike ended, unsuccessfully, on 18th February 1919.

The Battle of George Square is a grim window into the violence which the British state regularly used against organised labour during the 1910s and 1920s, from Tonypandy to the General Strike of 1926. 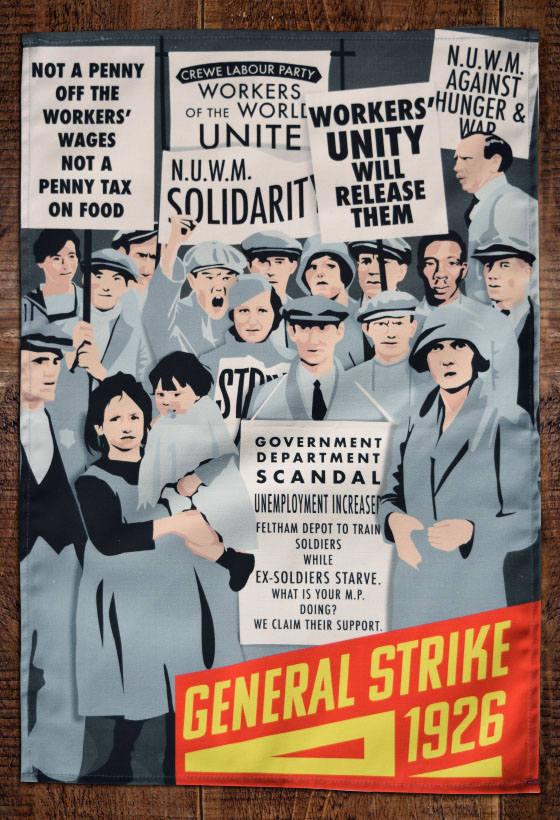 The tanks sent to Glasgow in the wake of World War I were continuing a tradition which went back to the deportation of the Tolpuddle Martyrs in 1834 and went on to the police riot at Orgreave in 1984. A tradition of state violence against the working class in Great Britain.

But George Square wasn’t only a defeat. The experience of the strike consolidated and helped grow a radical tradition on Clydeside which continues to this day.

Our Battle of George Square tea towel is coming soon. For now, check out more radical stories on our blog
×