Born on this day in 1913, Michael Foot took the Labour Party back to its ideological roots

The Labour Party has changed a lot since its founding.

Having started out as an almost entirely working-class movement, the Party has since become a much broader church. It’s also expanded significantly from its original heartlands in South Wales, Scotland, and Lancashire.

As an Oxford-educated, bourgeois intellectual from Devon, Michael Foot seems almost to embody this change. He certainly didn’t hail from the party’s original target group of supporters.

But Foot was still Labour through and through. 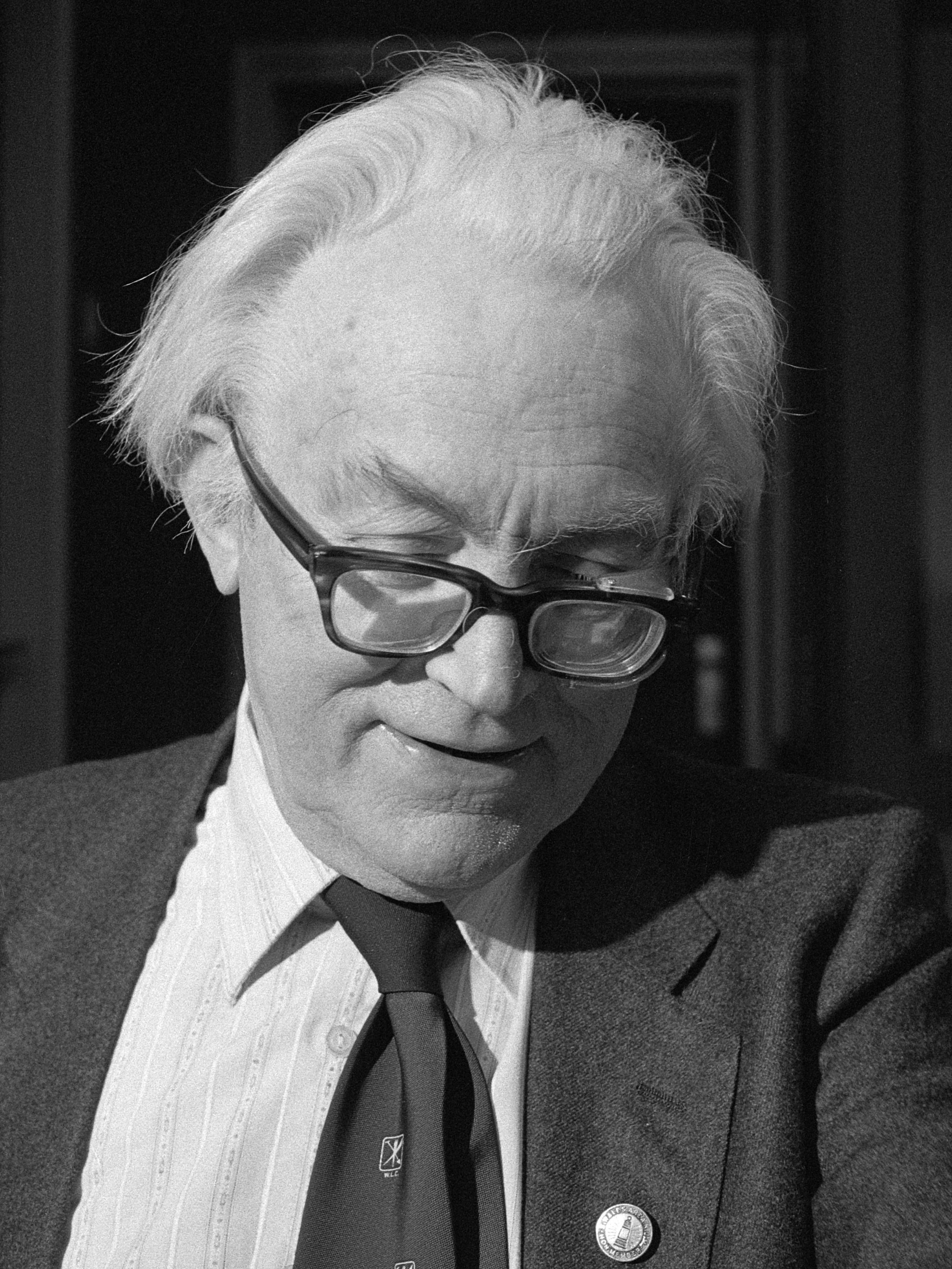 In 1980, he became the first Labour leader since George Lansbury who was closer to the Party’s Left than to its Right.

So even though he might have embodied a certain demographic change in the party, you could argue that Foot was restoring the party to its socialist roots.

He’d been a socialist since his student days in the early-1930s.

During that monstrous decade, the young Foot agitated with the India League for decolonisation in South Asia. He also defied the Labour leadership with his political mentor, Nye Bevan, to join the anti-fascist alliance forming on the British Left before WW2. 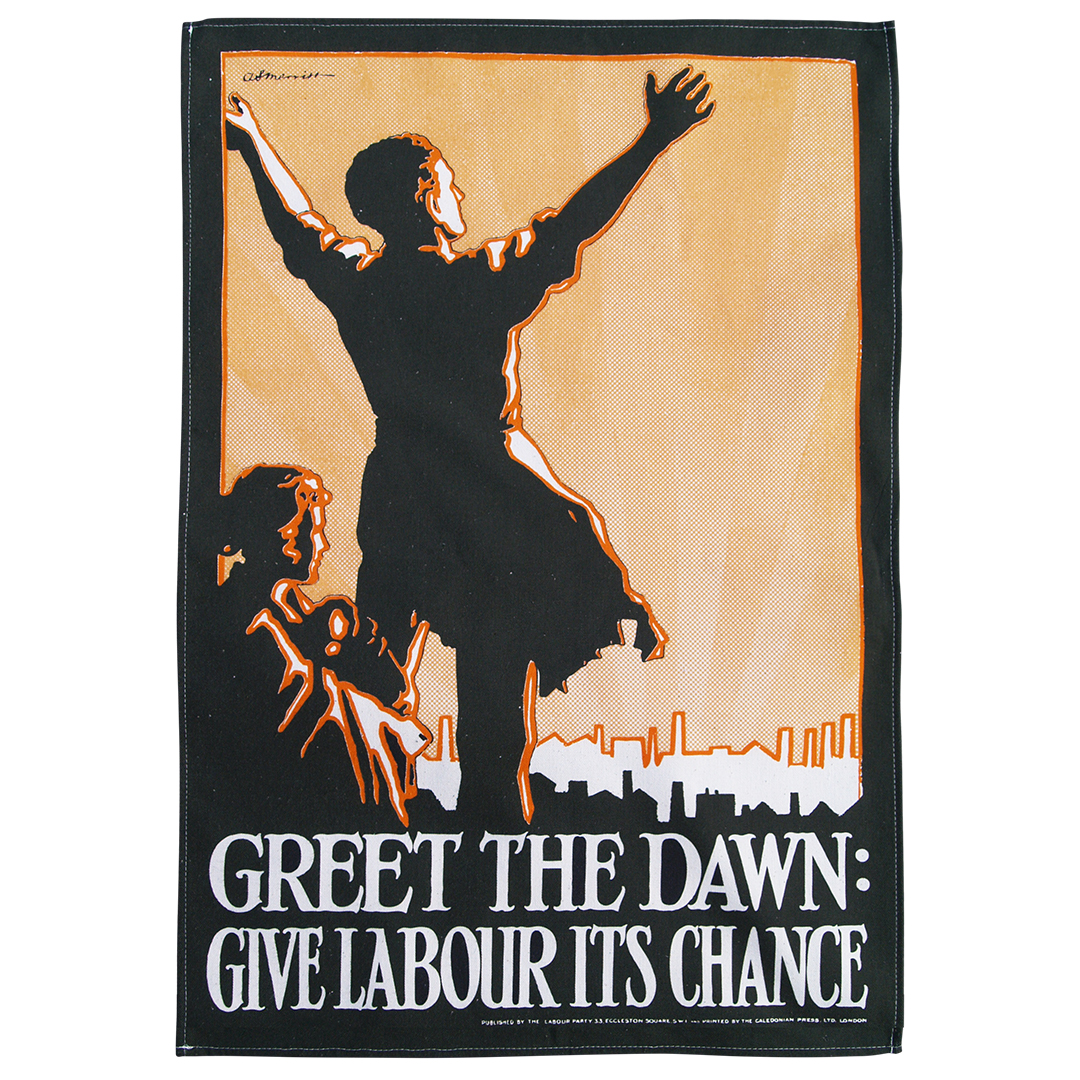 A vintage Labour Party poster from the 1923 General Election.

Click to view our Greet the Dawn tea towel

When war broke out with the Nazis, Foot immediately volunteered but was refused on the grounds of his asthma. So instead of going off to fight, Foot devoted his literary talents toward the war effort, co-authoring the 1940 pamphlet, Guilty Men.

In Guilty Men, Foot denounced the Tory appeasement of fascism during the interwar period, and demanded that those responsible be excluded from the wartime government.

“Let the Guilty Men retire, and so make an essential contribution to the victory upon which we are all implacably resolved.”

After WW2, Foot stayed committed to his vision of a moral foreign policy, co-founding the Campaign for Nuclear Disarmament and calling for Britain to give up its imperialistic ambitions.

Through the 1960s, and against the meandering of the Labour leadership, he denounced the US invasion of Vietnam and campaigned against apartheid in Africa. 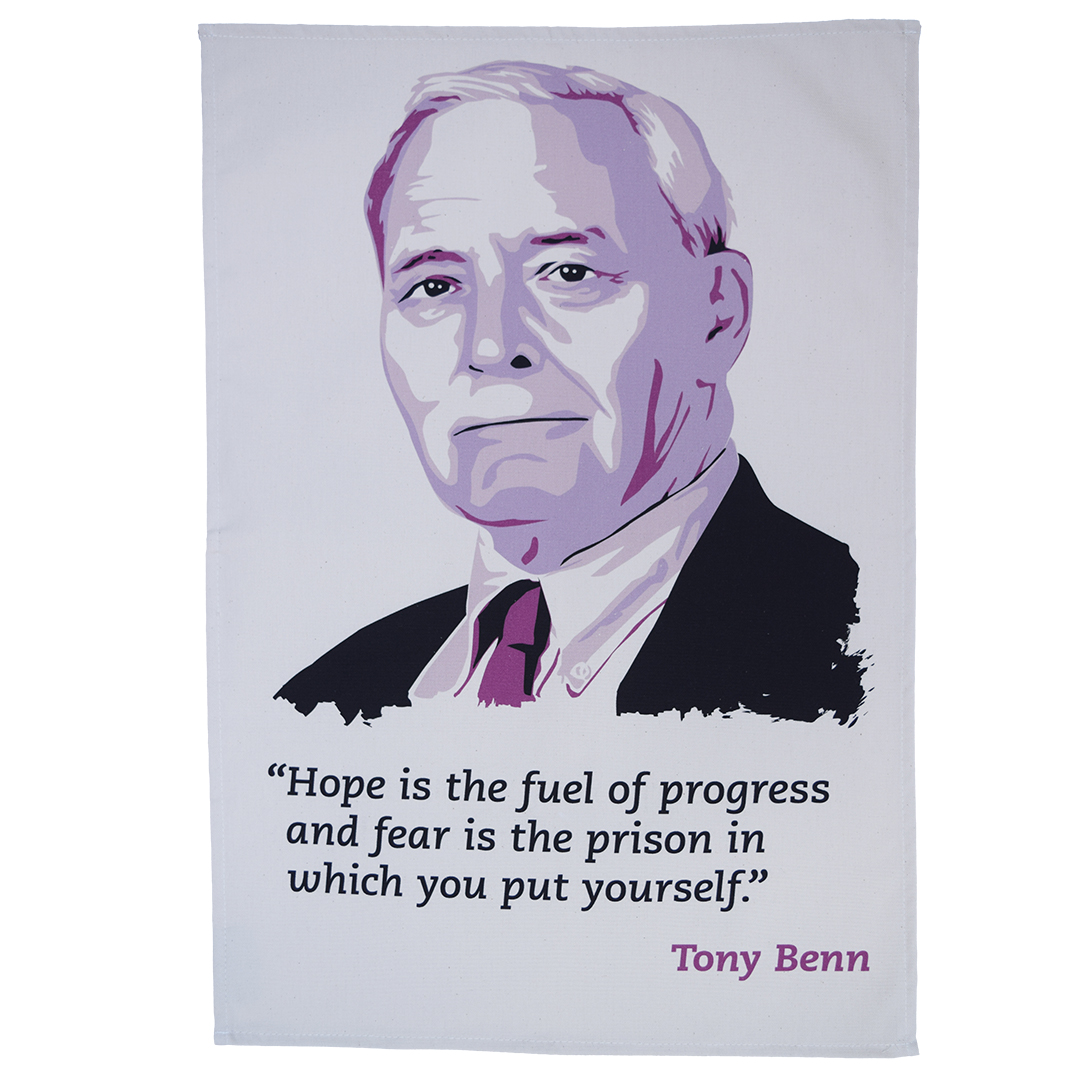 During the 1970s and 80s, Tony Benn MP was one of the prominent figures on the left of the Labour Party.

But Michael Foot wasn’t everyone’s cup of tea on the Labour Left. His support for NATO as a military project was seen as suspect, as was his increasing proximity to the Party top brass in the 1970s.

This was how Foot became the successful ‘compromise candidate’ for Labour leader.

Thatcher had just clawed her way into Downing Street, and the Labour Party was increasingly torn between its Left and Right – a tale as old as time, apparently.

Foot was seen as the only one capable of keeping the Party together. He was at once less intolerable to the Right than Tony Benn and more bearable to the Left than Denis Healey.

Foot’s brief three years as leader were then dominated by setbacks outside his control.

Firstly, the premeditated defection of a right-wing clique in the Labour establishment. Then the inbuilt savagery of Britain’s corporate press towards socialist politicians. And finally Thatcher’s decisive poll-boost off the back of the Falklands War.

Long before polling day, the 1983 General Election had become unwinnable.

These days he gets a lot of stick for the 1983 election manifesto, dubbed ‘the longest suicide note in history’.

But reading the manifesto today there’s a lot to admire about it, including much that has since come to pass: the establishment of a national minimum wage, for example, and the banning of fox hunting.

Foot lived a long and rich life post-leadership, passing away in 2010 at the age of 96.

He may not quite have got his 'Foot' in the door of Downing Street, but we still think there’s a lot we can learn from his legacy – as an anti-fascist, an anti-colonialist, and of course a passionate socialist.