Today in 1910, three hundred suffragettes marched on Parliament to demand the vote. With immense bravery, they faced down violent attack from the police and right-wing vigilantes in what is known to feminist history as 'Black Friday'. 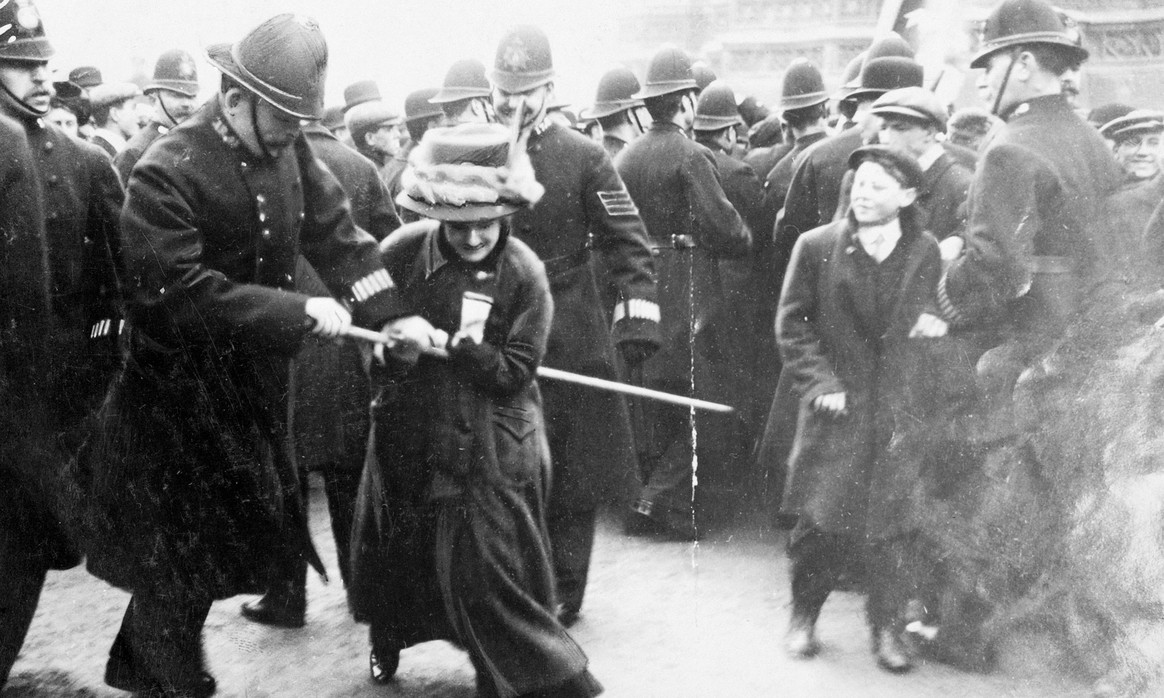 A policeman tries to seize a banner from a suffragette on Black Friday. Photo originally on The Daily Mirror Newspaper on 19th November 1910 (Source: Wikimedia Commons).

Herbert Asquith, the Liberal Prime Minister of the UK from 1908 to 1916, was expert at breaking promises.

At the end of 1909, the Liberal government was up for re-election. 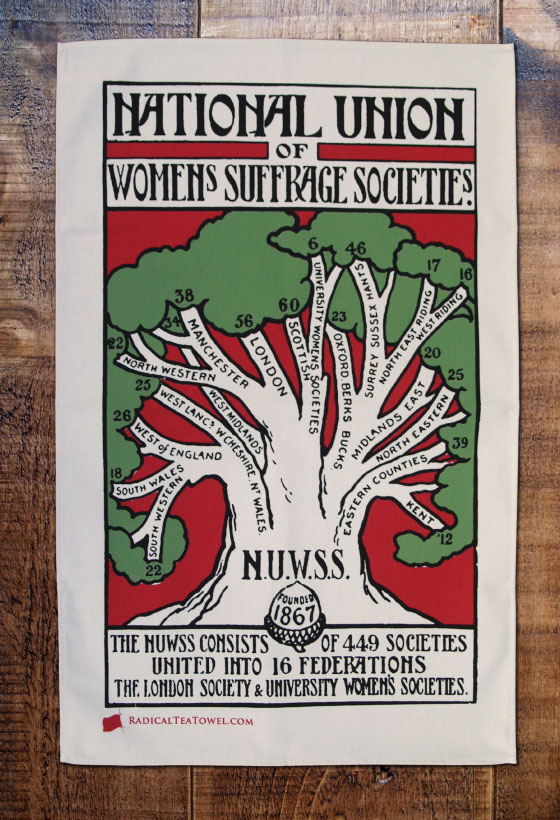 On the campaign trail, Asquith promised that – if elected again – a 'Conciliation Bill' would be passed introducing suffrage to around a million (property-owning) women.

It was, of course, not nearly enough. Any property limit on voting is a disgrace, and such a law would leave women in Britain well short of political rights equal to men.

But suffrage activists, including the militant Women’s Social and Political Union (WSPU) of the Pankhursts, judged Asquith’s offer a useful first step.

With the tacit support of the feminist movement, the Liberals were returned to power, and at the end of January 1910 the WSPU suspended its protest activity as the Conciliation Bill began to be developed in Parliament.

On 12th November 1910, the government announced that the Conciliation Bill would not be allowed to pass in the current Parliament.

After some opposition from ministers like Winston Churchill and David Lloyd-George, Asquith happily broke his word to the women’s movement. 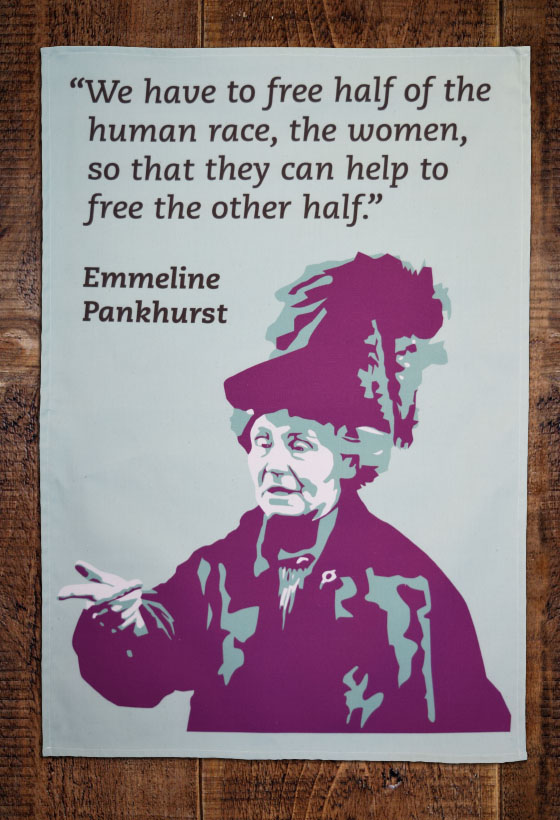 But where the Liberal Party’s word was worthless, that of the WSPU was not.

The suffragettes had suspended their protest action on the condition that the Liberal government was in the process of passing legislation in support of women voting, and that was no longer the case.

The WSPU called a march on Parliament for the 18th November, 110 years ago today, in which suffragettes would attempt to occupy the building until legislation was reintroduced.

When the 300 suffragettes arrived, they were met by a battleline of police unofficially reinforced by right-wing, male vigilantes.

Asquith had refused even to meet an earlier delegation, led by Emmeline Pankhurst, so the attempt to gain access to Parliament went ahead.

At the gates, the suffragettes were subjected to monstrous violence by the police and their vigilante friends. The WSPU campaigning HQ soon had to be turned into a de facto medical station.

18th November 1910 was soon called 'Black Friday' in the history of the suffrage movement. 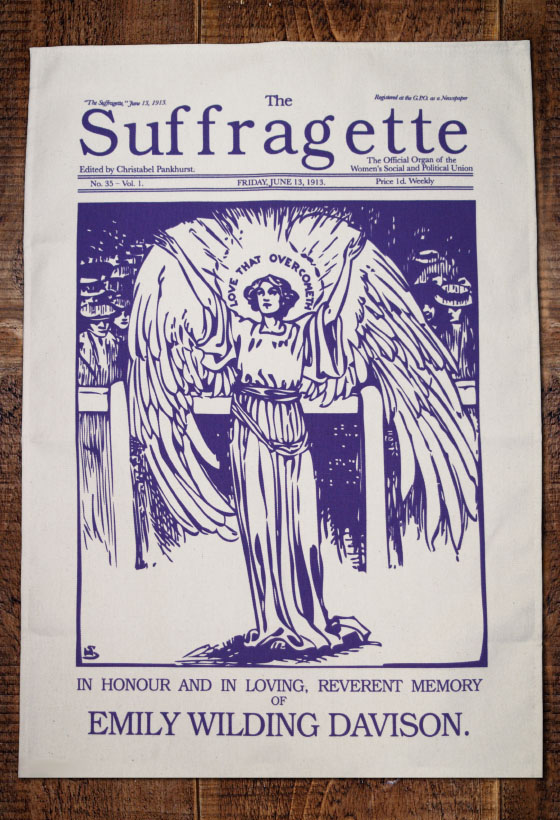 Well over 100 women were arrested, countless were injured – many in a severe and lasting way.

Churchill, then Home Secretary, rejected calls for a public inquiry into the brutal behaviour of the police that day outside Parliament. As for the miners at Orgreave seventy years later, the suffragettes were denied any chance of justice for the violence done to them by agents of the British state.

But the victory they wanted most wasn’t in the courtroom, it was the vote, and the courage of the WSPU activists on Black Friday brought that so much closer.

Powerful and deceitful men like Asquith now knew that the women’s movement could not be easily crossed. If they meant to preserve formal patriarchy in electoral politics, then the suffragettes would force them to reveal just how much brutality that system relied on.

Within a decade of Black Friday, votes for women made its first breakthrough in the Representation of the People Act – within two decades, women won the vote on the same terms as men.

The violence done to women in this country simply for demanding their political rights as equal human beings should never be forgotten. The monstrous force-feeding of hunger strikers, the police violence on Black Friday and countless other occasions.

Emily Davison gave her life for the cause, Henria Leech Williams died of a heart attack shortly after being assaulted by a policeman on Black Friday. They were not the only ones.

Alongside those of the Chartists and the labour movement, the suffragette martyrs gave their life and liberty to make of Britain a democracy in which we all can share.